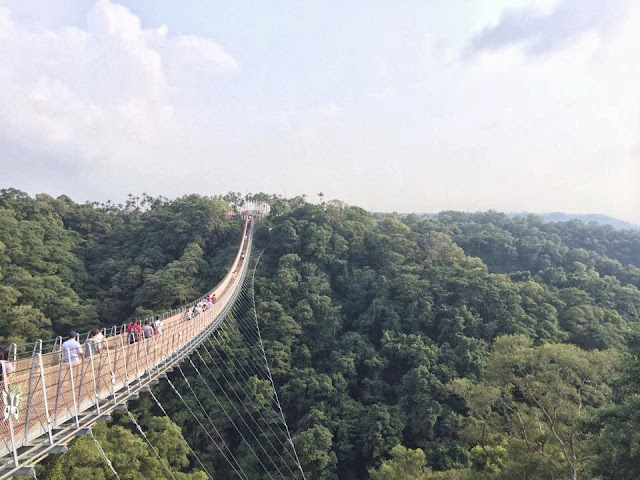 The last few months of 2013 were especially hard for me.

You would think a family vacation to Taiwan (the Motherland) for two weeks would be great. It was definitely enlightening in many ways but the trip really made me really depressed. I was already burnt out from doing show after show after show for months. But there is something profound about going to a beautiful tropical country and then realizing that it is wrought with environmental and social problems. The air pollution in the major cities were varying degrees of disgusting depending on weather and location. I found that mountainous and seaside cities had the most breathable air. Otherwise, you were inhaling cadmium-laced diesel air the more inland you are from the vast amounts of scooters that were being driven. I almost got ran over three times by said scooters. Driving laws are not reinforced and were as loose at the tunic shirts I brought over.

The culture is quite similar but also very different. It sometimes did not feel different from Canada when you looked at Taiwan from a outside perspective. However, when it came to social values there was a distinct difference. I saw many abandoned pure-bred large sized dogs in the cities. It broke my heart. Dogs that would fetch thousands of dollars and imported from abroad were left to fend for themselves in city streets once they grew out of their cute puppy stage. In the countryside, large dogs were chained to front yards on 2m chains as 'guard dogs' but they were flea-ridden. I even stumbled on a dead starved dog in front of someone garage. The more isolated seaside areas are full of small packs of abandoned dogs. My family and I came on some puppies that were so full of fleas but at the same time so friendly. If I could take them home with me...I would. The biggest irony of this dog abandonment issue is that almost everyone had a Miniature red poodles who were clearly pampered and spoiled.

At almost every major intersection in the bigger cities there were disabled, mentally-challenged, or disfigured individuals who would approach you selling state lottery tickets, gum, tissues, pens, candies, or flowers. My siblings and I would try to buy out as many of these vendors as we could once we discovered why this was their livelihood. Apparently, in Taiwan there is no equal employment laws or discrimination laws against people who are mentally or physically challenged. Nor are there laws against ageism, sexism, or minority discrimination in hiring practices like those found in Canada. It is said if you are in any way 'different' or if you are over 35 years-old it is unlikely you will find a job. These people who approached us mainly had disfigurements, missing limbs, or were mentally-challenged. They are given a state welfare but it barely covers their life needs and they have to resort to selling small things or begging to make ends meet.

I basically discovered despite the natural beauty of the country I began to abhor it's callous regard for the environment and social values. It was even worst in China when I laid over twice. I have basically sworn off traveling to Asia for a long time. There is nothing in this world I hate more than feeling helpless and that was exactly what travelling to Taiwan did to me. I felt like I couldn't help anything or anyone. It didn't matter that I made more income than average Taiwanese adult. There was nothing long-term I could do for the things that made me upset. I would spend nights lying awake feeling a profound pain in myself over these things.

I'm not saying Taiwan is the only country with problems. By all means, I recommend visiting any country at least once in your lifetime. Just these issues really latched themselves on to me. I grew up in Canada and I was raised to believe that a good society is one that promotes equality regardless of disabilities. I have always worked for companies that have equal employment practices and a history of charitable work. I don't believe people get "too old" for employment. That's bullshit.